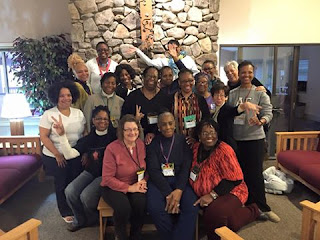 I attended my first sewing retreat for 2016. It was held at Hallowood Retreat Center.  It's been a while since I attended a sewing retreat.  For those who don't know what a sewing retreat is.  It's a sewing circle that last for 3 to 5 days. During the retreat seamsters can work on any sewing projects they desire and maybe learn some things.  It's like those weekends scrap bookers take to scrap book.  Ours is to sew.


Attending a sewing retreat gives you time to sew uninterrupted no cooking, no kids, no significant other. Just the girls sewing.  Check in time 1pm the Friday before the Martin Luther King holiday.  I had packed my sewing machine, serger, various unfinished projects, patterns, fabric and more.  My car was loaded. 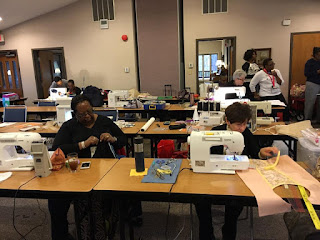 When I arrived several ladies were already there setup and sewing.  My roommate had already selected our room.  It was near an exit, so that we wouldn't have to carry our sewing stuff a long distance. The sewing room was huge, it accommodated 18 people comfortably.  Each participant had a six foot table for their sewing machine and serger.

There was a cutting station and pressing station setup outside the sewing room near the fireplace.  The rooms,dining room and sewing room were all located in the main building. So the fun begins, each day we were served breakfast breakfast, lunch and dinner each day. 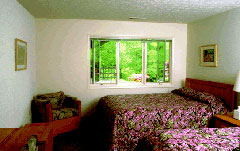 The ladies worked on various projects from quilting, machine embroidery, fashion sewing, knitting, crochet and cross stitching.  Below are just a sample of the completed projects.  Try it you'll love it. 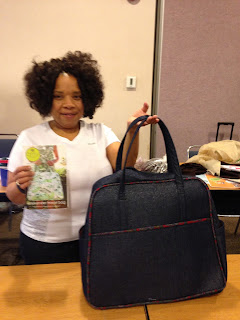 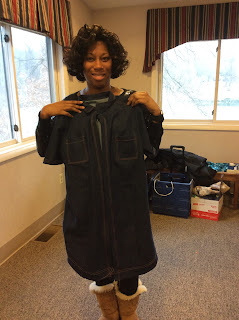 Posted by Unknown at 4:00 PM No comments: Links to this post

Exit at 695 Beltway Exit 31A/Parkville, make the 1st right turn onto Grendon Lane. Turn right into the 2nd parking lot on your right